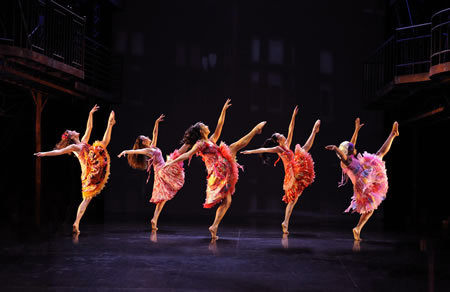 ONE OF THE MOST ACCLAIMED MUSICALS OF ALL TIME WILL TOUR NATIONALLY NEXT YEAR AND THE SEARCH BEGINS FOR AUSTRALIA’S BEST.

Who will play Tony and Maria? Who can dance the Sharks and the Jets?

These are closed auditions, so please speak with your agent.

Director Joey McKneely, who was personally chosen by Jerome Robbins to reproduce his original choreography for West Side Story will be in attendance.

Packed with unforgettable songs, including Maria, Tonight, Somewhere, America and I Feel Pretty, West Side Story remains a theatrical landmark.  The film version went on to win an incredible ten Academy Awards (including Best Picture) and further cemented the reputation of this undoubted masterpiece.

Based on Shakespeare’s Romeo and Juliet, two young people meet, fall in love and pledge their eternal loyalty to one another.  Their different backgrounds ensure they are denied a happy future because of the intolerance and hatred of two antagonistic cultures.  Fate leads the star-crossed lovers into a tragedy of heartbreaking proportions.

After wild acclaim in London, Tokyo, Paris and Beijing, McKneely’s vibrant new stage production arrives in Australia.  On Broadway McKneely has substantial directing and choreography credits for which he has won a number of awards and been nominated for two Tony Awards.