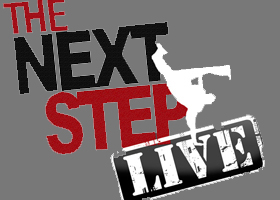 HOT OFF THE PRESS – JUST ANNOUNCED
SO YOU THINK YOU CAN DANCE  RUNNER UP CHARLIE
Will be performing with THE NEXT STEP!

Multi-talented, all male crew, The Next Step, is set to rock Luna Park this November. Directed by Dein Perry, The Next Step is the creation of brothers Jason and Kris Lewis. From humble beginnings in the Lewis brother’s garage, The Next Step has exploded into a phenomenal, action packed, high energy show.

The Next Step are said to be bold, innovative and unique. “The whole concept of The Next Step is fresh and exciting”, says the team. “A group like this has never been done anywhere else in the world before. There are three different dance styles, two vocalists and a three piece band all working together to bring the audience great music and a cool performance. It’s both a visual and sonic treat that has to be seen.”

On Saturday November 21st the crew are bringing their new show to the Big Top at Luna Park. The group will bring their edgy fusion of hip-hop, tap and break dancing to the stage, and a live band teamed with the group’s talented vocalists will perform their original score, including their debut single Do It On The Dance Floor.

This team of dedicated performers aims to take dance, choreography and music to the next level. “The Next Step strives to not be ordinary. We always try to better each and every performance and show we do”, explained the group. “With an industry such as entertainment, it’s constantly evolving and growing so we continue to look for new ways to keep all the different elements of the show current.”

The Next Step enjoyed a successful sell out season in 2008 at The Metro Theatre, Sydney. But what can audiences expect this year? “People who came to watch last time will see and hear some of The Next Step favourites as well as some surprises”, we are told. “The show has now been re-crafted by the infamous Dein Perry (creator of Tap Dogs) who has taken on the role of Director for the upcoming shows. Dein is thrilled to come onboard and help take the show to the next level. Our performance at the Big Top is going to be the first time audiences get to see the new show”, they shared excitedly.

The Next Step has rightfully earned a reputation for cutting edge performance, and finely honed talent, comprising of artists from Dein Perry’s Tap Dogs and contestants featured in the Top 20 of So You Think You Can Dance.

With rehearsals in full swing for November, it seems that the upcoming performance is only the start of things to come. “We are currently releasing an EP in October with our new single Do It On The Dance Floor accompanied by an awesome new music video, and we are working towards a season of shows in Sydney starting in February 2010. We also plan a second single and album release followed by a national tour”, they shared. It seems that it is full steam ahead for the talented team. Good luck guys!

Get your tickets to The Next Step at The Big Top Luna Park.
It’s street and stage, dance and music at its finest!
Date: Saturday November 21st, 7:00pm
Venue: The Big Top, Luna Park
Contact: www.thenextsteponline.com  www.bigtopsydney.com
or 1300 Big Top www.ticketek.com.au  or 132 849