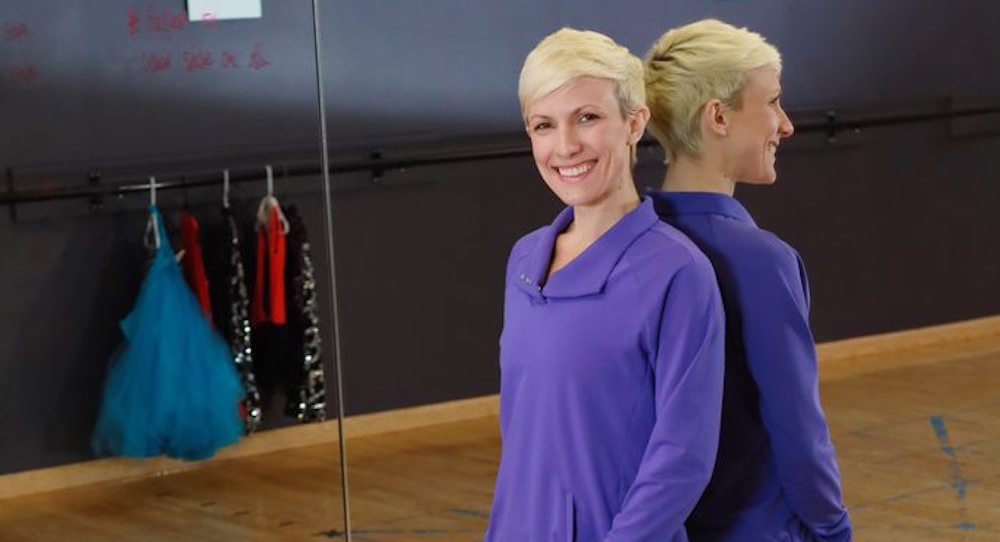 Brandi Nichols grew up in Newport, Oregon, where she regarded herself as mainly a tap dancer, with a toe dipped into the musical theater world. After high school, Nichols spent a summer in Australia, and then moved to southern California, where she studied jazz, tap and West Coast Swing. She then moved to Eugene, Oregon, where she completed her bachelor’s degree in journalism and Italian at The University of Oregon. While there, she found time to attend tap, jazz and West African dance classes.

A marriage proposal moved her to Bend, Oregon, where she taught tap, jazz, lyrical, contemporary, Bollywood and West African at Gotta Dance Studio and Company. After several offers from the former owner, Nichols decided in 2016, that it was time for her and her husband to take that leap of faith and purchase the studio. Not four years into the business, Nichols received the OnDeck Small Business of the Month Award.

Here, we chat with Nichols about studio ownership, short- and long-term goals for Gotta Dance Studio and Company, and the studio’s new YouTube series.

What style is your favorite to teach? 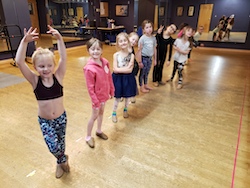 “My favorite discipline to teach is tap, but West African is really hard to beat. They’re just about tied.”

Who were your biggest dance influences growing up?

“I would have to say J.T. Horenstein and Bill Prudich. I have known both gentlemen since the beginning of my dance career (since around the age of seven). Despite only seeing them once a year for local workshops throughout my childhood, they really shaped who I became as a dancer (and as a person, you might say). Currently, I see Billy on the Oregon coast with my own students at the same workshop I attended when I was a kid – -the Newport Dance Workshop in Newport, Oregon, at Teri Jernigan’s studio, Dance and All That Jazz. Additionally, I am now able to provide the same instruction I received as a young dancer via the Bend Dance Workshop, a workshop J.T., his husband (Tony Guerrero) and I founded a couple of years ago. It’s fun (and surreal) to watch my dance mentors teach my students.”

What made you take a leap of faith and purchase Gotta Dance Studio, at which you were teaching at the time?

“Boy, leap of faith is correct. It took a lot of prayer. I had just finished up with my master’s degree in teaching so was fairly set on the idea of teaching middle/high school English. Additionally, my husband wasn’t into it, considering I had just got done spending thousands of dollars on a master’s degree. The previous owner had asked me three different times to consider the idea. The first two times, I kind of brushed off the idea; however, that third time, I thought, ‘Well, maybe I should consider this. Maybe this is a prayer waiting to be answered and I’m being ridiculous not to consider a great opportunity just because it doesn’t align exactly with my teaching degree.’ After some heavy prayer and convincing, my husband began to see the value in taking that leap of faith.”

What are some of the most challenging aspects of being a dance studio owner?

And for me personally, it’s finding a balance between family and work, as well as mentally recognizing that in business you can’t please everybody (and that’s a hard pill to swallow for this people-pleaser).”

What is the greatest reward of being a studio owner?

“The greatest reward is getting the opportunity to make a difference in so many people’s lives! I am so blessed to have a job that allows me to promote compassion, love, humility and acceptance to students of all ages and all walks of life. Dance is such a powerful medium.”

How did you feel when you found out about being the first dance studio in Oregon to receive the honor of OnDeck Small Business of the Month?

“I was shocked! Nothing ever happens on the west coast!” 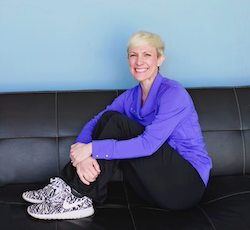 What are your short-term and long-term goals for your studio, Gotta Dance Studio?

“Short-term is to continue to grow our student base. Long-term is to move into our own building and become a performing arts school, where we not only offer dance but also offer music and acting lessons.”

If you could offer new studio owners one piece of advice, what would it be?

“I could write a book on this one. Okay, one piece of advice — make sure to create boundaries and stick to them (and don’t feel bad about it)! Unfortunately, I’d like to say I have my own advice nailed down, but I’ve recently just started turning my Gmail sync off at night, and that’s three years into business ownership. Baby steps for this mama.”

“Staff, students and I also started a YouTube comedy show series titled ‘The Studio’. Our first episode came out at the end of April. Through role reversal (i.e., students = staff, staff = students), we bring attention to the idiosyncrasies of the dance studio culture.”