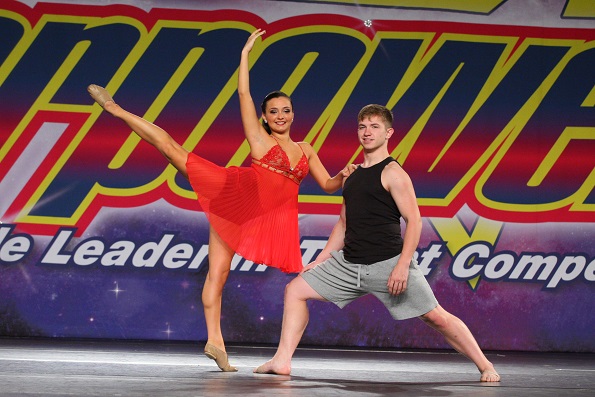 This past July, the prestigious World Dance Pageant (WDP) wrapped up its second annual event, where dancers competed over the course of three days in events such as interviews, modeling, audition classes and talent performances. The panel of judges – including representatives from Royal Caribbean Cruise Lines, Dance Informa, Disney World Casting and Harddrive Productions – selected Patrick Wathen and Tori Cullo as Mr. and Miss World Dance (winners of the competition’s senior division). The winners received a $500 gift certificate from Capezio, numerous Star Dance Alliance scholarships, a $500 Power Pak Dance Intensive Scholarship and more. Wathen was even offered a contract with Royal Caribbean Cruise Lines!

“The World Dance Pageant looks for well-rounded dancers with outstanding training, who have standout personalities and show great leadership throughout the competition,” said WDP Co-Director Chrystan Sheatzley. “This year’s winners are truly an amazing pair. Tori and Patrick were standouts from the first phase of the competition. They are both truly exceptional dancers and humble, kindhearted role models for their peers.” 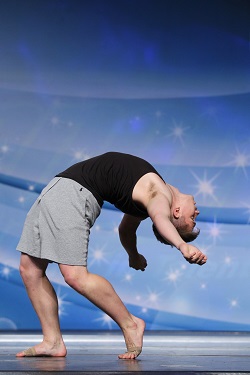 Wathen, a 17-year-old from La Plata, Maryland, said, “WDP is different from other competitions because it pushes it’s contestants to learn that the dance world is about so much more than dancing. Success requires an actual personality and the ability to represent and speak about themselves. WDP definitely helps to prepare its contestants for a career in the dance industry.”

Cullo, an 18-year-old from Alexandria, Virginia, added, “The WDP judges aren’t just watching you for three minutes on the stage doing your most rehearsed and favorite routine. They watch you in classes, modeling, with the other competitors and in the interview.”

Because of this, Cullo and Wathen both admit they had moments that were more difficult for them during the competition. Cullo said she didn’t feel very comfortable in the tap class, and even though it wasn’t required, she took it anyway to prove herself.

“I think taking all of the classes and showing them that I wasn’t afraid to get back in a pair of tap shoes after five years showed a lot about who I am,” she said.

Wathen shared he was most nervous about the interview. “But the interviewers were really some of the most personable people I’ve ever spoken to, so that made things a lot easier!” he said.

Perhaps vulnerable moments like these encourage competitors to bond and become friends. Sheatzley said WDP prides itself on its friendly environment.

“One of the biggest accomplishments of the WDP is uniting its contestants in friendship and camaraderie,” she said. “It brings great joy to watch our contestants bond over the three days.”

Cullo found that to be true. “My favorite part of the competition was how close all of the ‘competitors’ got over the three days,” she shared. “We spent so much time together; it was great. On our free night, we all went to get ice cream together. It was all about healthy competition. It was such a friendly atmosphere. I never wanted to leave!”

Over the next year, Wathen and Cullo will represent WDP as Mr. and Miss World Dance in performances.

“Whether touring or performing, I’ll do what I can to represent the WDP,” Cullo noted. “It’s an honor, and I’ll do whatever I can to be a positive role model. Mr. World Dance, Patrick Wathen, and I are friends and have known each other for years. I only hope to have the opportunity to perform with him in the future.” 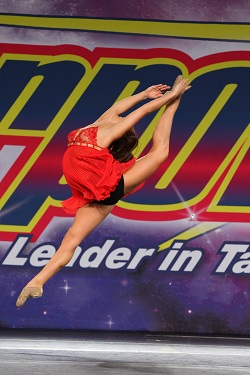 Cullo will also begin college this fall at Hofstra University in Long Island, New York, with a double major in dance and education and a minor in business and design. She plans to take advantage of the training opportunities in New York City, just a short train ride away.

Wathen said he would love to be a “Newsie” in the musical Newsies. He also plans to return to WDP next year to pass down his title.

“It feels astounding to have won the title of Mr. World Dance, and I cannot thank Starpower and WDP enough for all of the doors they’ve opened for myself and all of the other dancers,” Wathen added. “WDP was one of the greatest experiences I’ve ever had the pleasure of participating in, and I encourage anybody who might be interested in it to enter now! You really will not find a better competition.”

Cullo agreed, saying: “The WDP is something very special that I think everyone should try to be a part of. It’s more than just what the judges see on stage. They take everything into consideration. In a normal competition atmosphere, it’s easy for a dancer’s hard work and awesome personality to go unnoticed. The WDP is a perfect place for them.”

Sheatzley announced that next year’s WDP will be held in Meadowlands, New Jersey in August in order to allow more dancers the opportunity to be a part of the event.

“We plan to continue creating contacts and helping our winners network and succeed within the dance community,” she said. “We are grateful for such outstanding sponsors who are also invested in the success of our champions.”