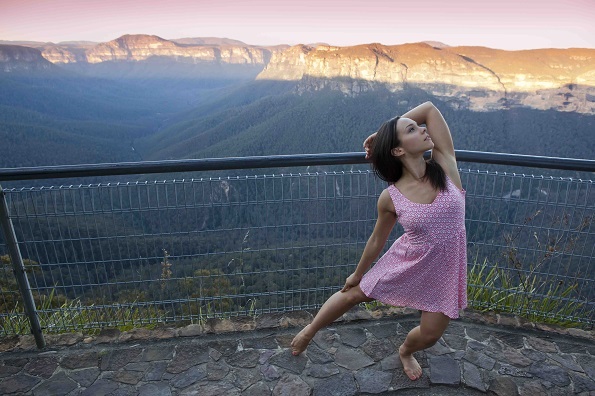 What can we expect from Season Three?

There is a lot more dancing! There are a lot of auditions, new characters, incredible guest appearances and some amazing actors. People can expect some big answers. Who will make it? Who will not? My character, Abigail, goes through a huge emotional journey.

What has been your favorite moment while on the set of Dance Academy Season Three?

I think, honestly, the last day of filming was the most memorable. We were at the Sydney Opera House and it was the last scene. We were all there and it was emotional and beautiful – we’d been together for the last three years doing this. We were all sad and blessed at the same time. 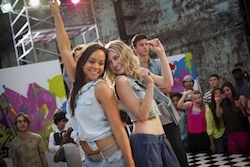 What is it about Season Three of Dance Academy that takes it to a new level?

I think there is a total shift in maturity. The theme of the show follows us through our last year at the Academy. We are all working hard and auditioning for a company contract. It covers three years of hardship and the impacts of Sammy’s death. Everyone has a good look at life and steps everything up to a new level. Everyone is more determined than ever to get what he or she has been training so hard to get.

What is the craziest thing your character had to do this season?

I can’t reveal too much, but there was this one scene – a ‘spin the bottle’ crazy scene. It was a funny day!

Which choreographer have you enjoyed working with the most this season and why?

Oh gosh! So many! So hard to pick! I have a soft spot for Marko Panzic and Sarah Boulter. I got to work a lot with Kelley Abbey too. 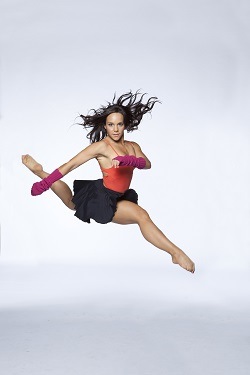 What does the future hold for you?

We are looking forward to the release of the show. I am filming another project called Camp, which is great because some of the Dance Academy cast feature in it, so we get to work with each other again. After that I am not too sure, maybe I’ll check out New York and L.A. [Camp premieres in the US on July 10 on NBC.]

What kind of journey has your dance training taken you on?

Well, I started quite young as a ballet dancer over in South Africa. When I came to Australia, I did more training before I became an associate at The Australian Ballet. I was in a musical at the age of 16 and it really inspired me to go overseas and do contemporary training. Once I decided on that, I took some classes at Alvin Ailey American Dance Theater. I did a course at Broadway Dance Center and then moved to The Edge in L.A. and Millennium – that is when I put an audition tape in for Dance Academy Season One.

I haven’t really done any formal acting training. I pretty much learned on the job and had some amazing coaches.

Europe and America just love Dance Academy.  It is reaching a very big market. It is a really beautifully-written TV series and it has the right amount of truthful inspiration.

What advice do you have for young aspiring dancers and actors who want to follow your lead?

The biggest thing for me is that I never followed the map or followed the rules. There is no rulebook or guidelines, so prepare for anything. Take as many classes as you can. It’s a small industry and being a triple threat is important – be versatile and have back-up options. That is how I have managed to keep working consistently.

For everything Dance Academy, go to www.abc.net.au/abc3/danceacademy.