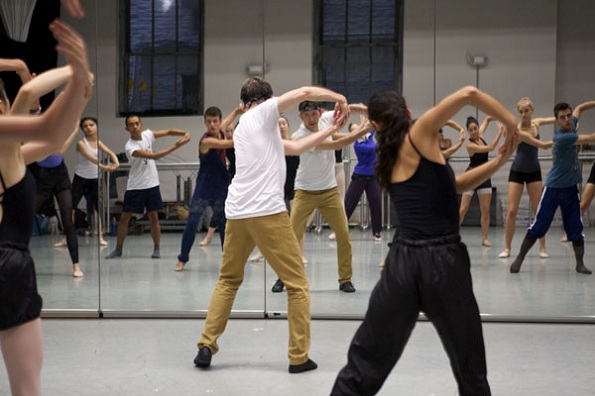 He knew that this was what he wanted to do. Not for a few years, not until the money ran out or until he’d made a name for himself, but indefinitely. He knew. And now, 30 years later, Igal Perry and the flourishing community of Peridance Capezio Center celebrate a milestone as one of the largest open dance studios in the U.S.

Dance students, teachers, and choreographers come from all over the U.S. and internationally to train, share, and perform at Peridance, with more than 700 individuals walking through the doors each day, choosing from a myriad of diverse dance styles, from ballet to tap to hip-hop and everything in between. It wasn’t an easy road to take; building a dance studio from the ground up requires a vision, dedication, support, and an excellent faculty.

“He took something from nothing…he’s a visionary,” shares Graciela Kozak, one of Peridance’s beloved instructors who has been teaching on the ballet faculty for 28 years. Graciela and Igal have known each other for about 40 years, a lifetime of dancing and working together. In fact, she danced in the first piece he ever choreographed at Bat-Dor Dance Company in Israel, and performed as part of the original Peridance Contemporary Dance Company (then the Peridance Ensemble) founded by Igal in 1984. She began teaching at Peridance the next year and has since found it to be a second home to her. 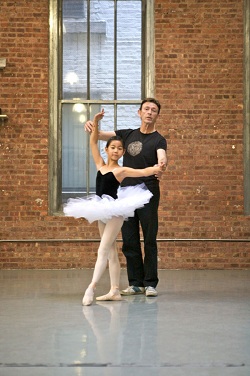 Igal Perry with a student from the School at Peridance. Photo by Jaqlin Medlock

“You feel like you’re part of a family. So many people have come through the doors here and come together. It’s the way that the place is run… it’s the open door policy. We have focus. It’s a place where people come to be a dancer.  There is consistency, stability. It’s like a generation who have been coming, and it’s kind of amazing.”

Igal Perry came to the U.S. from Israel in the 1970s when he worked as a dancer, ballet master, choreographer, artistic director, and repetiteur. And while founding a dance studio was not his first endeavor in the U.S., it had been on his mind.

“When I came here, there were not actually any big schools with open classes. There were some but on a small scale, and most of them were not for different styles; they had a concentration, for example mostly ballet. There was a need, and when I had the opportunity I jumped on it.”

He then went around to various studios in NYC to recruit the best teachers he could get, who brought with them their excellent reputations and student base. Of course, Igal taught as well. “My first class, the first day Peridance opened, I had two students! They knew me from having taught at another studio before. I think my next class had four, so that’s pretty good growth!”

The first ten years found the Center operating in the red, and Igal turned to his parents for support, some financial but mostly encouragement and advice. Leaving it’s first high-rent location and moving into a new building on 13th Street just south of Union Square in NYC’s East Village helped turn Peridance’s financial situation around. Eventually, in 2010, Peridance moved into its third and expectedly permanent home, a historic landmark building also on 13th Street just east of its previous dwelling and still in the vicinity of Union Square. Throughout its 30 years, Peridance never left the neighborhood, and this helped make the area a destination for dance. 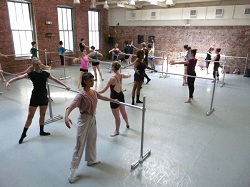 “We always struggled with getting the students to come down here. We sort of fell between the cracks…but we kept going forward with quality. Once we moved to [our current location] we did become a focal point, not just in this area but in the whole of New York and nationally. Now people don’t consider it out of the main stream.”

It may be Peridance’s local, national, and international blend that makes it so unique and contributes greatly to its longevity.  Students literally come from all over the world to take open classes and workshops at Peridance, and students enrolled in it’s various international professional training programs hail from more than 30 countries. Igal himself comes from Israel and is based in NYC, and keeping his home at Peridance allows him the opportunity to choreograph and teach around the world, and to then bring the world back to Peridance. He takes what he sees, hears, and feels in other places and gives it back to his students. Igal’s perspective is that art is not something local, it is global.

“Peridance brings in artists from all over the world. We are a hub of international art and are not just aware but a part of what is happening in the world.  Peridance was the first school that had formal classes in hip-hop. Same thing with workshops with international choreographers and master teachers. We started that trend. Now everyone does it, and we do it better! We don’t look to imitate others. We look for originality and ask, what is it that is needed now?”

Another artist who has benefitted greatly from Igal’s international sensibility who is now an integral part of the Peridance family is Yarden Ronen, Director of Development and PR and Executive Director of Peridance Contemporary Dance Company.  Yarden has known Igal for about 13 years, since Igal was invited to be a guest choreographer once again at Bat-Dor where Yarden was dancing.

“He chose me to do a principal role in his piece and we became friends. That role really affected my life, so I’ve always had a really warm place in my heart for Igal,” he said.

When Yarden was dancing in NYC, he guested with Peridance Contemporary Dance Company several times and, in 2008 when Yarden was ready to stop performing, he called Igal for advice about moving on to a career after dancing. Their collaboration led to a new career path that kept Yarden within the field of dance but off the stage. “I did not want to teach and choreograph. I felt like I could contribute to the dance community, to dance education, to the artistic endeavor of dance overall much more as an arts director and administrator. I am very lucky because Igal lets me express myself, find my own voice and get creative. And now [as Executive Director] with the dance company it’s a lot of work but it’s quite amazing.”

And, what can we expect for the next 30 years?  After a huge Gala and festivities in the coming year, Peridance Capezio Center will continue to expand upon the definition of the dance studio.  They will strengthen the continuum from children’s program to pre-professional training to professional collegiate-level training to professional company.  They will expand the reaches of its resident Peridance Contemporary Dance Company, and make a name for its in-house Salvatore Capezio Theater.  Of course, Igal will continue to teach his open ballet classes each weekday morning and rehearse his company in the afternoon.  When asked about how many more anniversaries Peridance might have, Igal responds, “It’s really very fulfilling.  Another 30 years would be great!”

To find out more about Igal Perry and Peridance Capezio Center’s offerings as well as events for the 30th Anniversary, visit peridance.com.