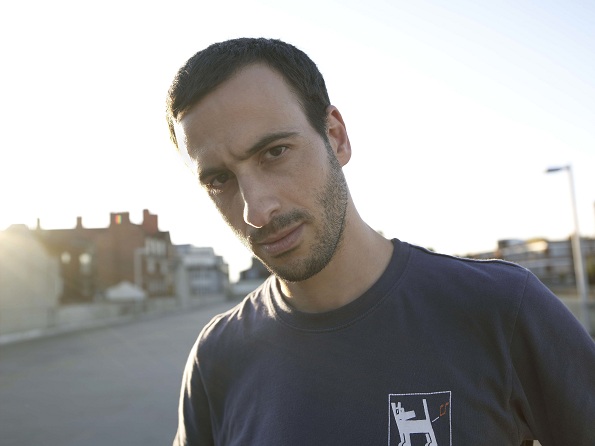 Hofesh Shechter, Artistic Director of Hofesh Shechter Company, is recognized as both a choreographer and a composer. Born in Israel, he studied at the Jerusalem Academy for Dance and Music before joining Batsheva Dance Company. In 2002 he moved to London to dance with Jasmin Vardimon Dance. Forming his own company six years later, Hofesh Shechter is currently one of the UK’s most exciting artists.

On a world tour, Shechter recently brought his bold contemporary work Political Mother to Los Angeles, and spent a few moments talking with Dance Informa about it.

Political Mother is a physical and gritty work danced to Shechter’s own score, featuring a band of live drummers and guitarists.

Describe the experience that is Political Mother.

It is likely to be quite an intense experience. There are nine musicians onstage and there are twelve dancers. It’s a piece that sort of explodes on you and shouts at you. It has also some tender moments, but it’s rhythmic, like a demonstration that goes on and flickers through worlds – from one world into another. It’s a pretty intense experience. The idea is to create a sort of emotional build up and tension. It’s loud at times, it’s angry, and it’s fun, if you’re in the right mood.

What are the themes you’re trying to explore with that intensity?

What sort of emotions in particular do you deal with in this work?

Anger and I think there is a lot of despair, and a feeling of hopelessness. But through that, sometimes at the bottom we find hope, we find a sense of perspective, a sense of brotherhood, a sense that we share this experience with other people. So it’s a lot about hope and the loss of hope.

What was the catalyst for the creation of Political Mother?

The work always starts with things that I deal with in my life. I did deal with collision of different worlds. I’ve seen and experienced in my own life, how you can see something that is happening just next to you, or very far away from you (something that is very powerful, very disturbing) and you can forget about it in five minutes. It can really disturb you, and then you just move on. I find our ability to have parallel worlds that are conflicting in a way, but actually exist sometimes very closely, kind of disturbing and worrying. But it’s also just the way it is. That’s the way we respond to the world. It started from this curiosity about our ability to care and then to not care.

In this work you use both traditional Jewish folk dance and live, hard rock music. What is the relationship between these two?

There are parallels between the social structures that allow people to feel connected to each other, and to feel connected to certain emotions that they need to express and want to experience. Rock can give you that angry experience, but it’s like a bubble in a way – you’re not doing anything, you’re just venting, you’re not changing the world at all, or yourself. Folk dance can give you this sense of belonging, a sense of identity. It helps direct people towards a certain way of thinking. I find this interesting – the social systems that help direct people to where you want to direct them. That’s the parallel that I’m looking at.

Hofesh Shechter Company is currently performing Political Mother and other works across Europe, and will be touring across the world well into the New Year.