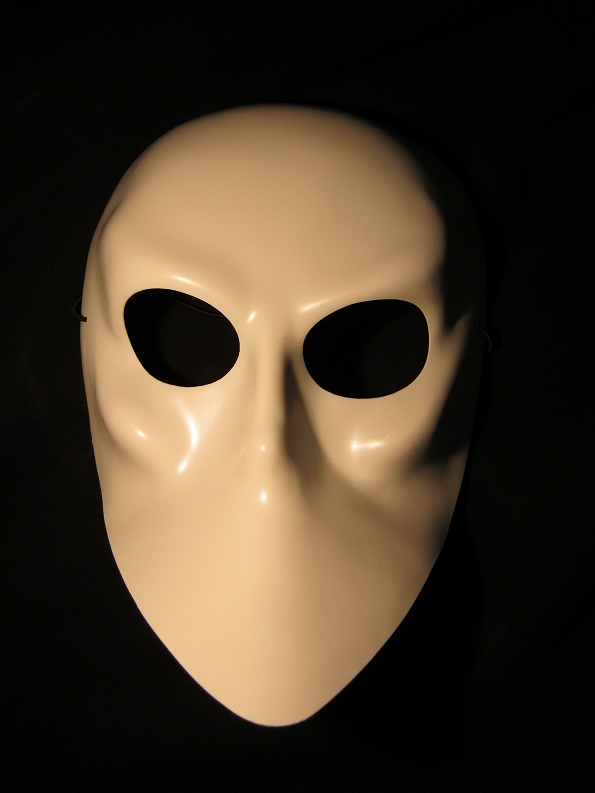 Already heralded as a show completely unique to Broadway theater goers, Sleep No More is a bold Off-Broadway production that does everything but follow the trends of the popular theater scene.  Bright lights, starlets, bustling crowds: what do you expect from your Broadway experience?  Don’t expect that here.  Walk away from the electrical illumination of Times Square down ever more shadowed streets.  Leave the throngs of enthusiastic bright-eyed pleasure seekers, and seek something unknown nearer the dark waters of the Hudson.  Once you’ve arrived at the formerly grand, now transformed, McKittrick Hotel, proceed to experience a show as you never have before.  Experience Sleep No More.

Sleep No More is an immersive theatrical experience developed by the British theater company Punchdrunk, housed in what was several warehouses and then nightclubs in New York City’s Chelsea district.  The entire building, renamed the McKittrick Hotel, is outfitted for the production, each room decorated with painstaking detail to create a true environment for the actors and audience in this modernization of Shakespeare’s Macbeth.  Theatergoers quickly lose their tenuous audience classification when they are shipped to one of the hotel’s floors and thrust into the set of this production that takes over the entire building and all of your senses.  It’s difficult to remember once inside that this is not merely an immersion in a parallel world, it is also a show and you are going to have to seek out the scenes yourself.

The production feels like a choose-your-own-ending novel in the real, where one must, in real time, walk through and observe an enacted scene and then choose which path to take next at the scene’s end.  You make your decision and continue.  Of course, you want to know how the other choices would have panned out, so you must physically go back and begin following another path, in real time, to its next point of bifurcation.  Then you make a choice again.  It is an amazing concept – the pages are already written, the scenes play out whether you see them or not, and you have to make the right choices to reveal them.  Of course, I did not realize this at first. How ignorant I was! Stepping off the elevator to see a slew of audience members race in pursuit of an actress who looked like she might be a nurse, I promptly headed in the other direction to “explore.”  Well, after an hour or so of exploring the hotel’s various desks, drawers, books, nooks, crannies, closets, ballrooms, bathrooms, living rooms, storerooms, doodads, things, trinkets, and halls, strange smells and all, I realized I was doing it wrong.  I had forgotten it was a show, a low-volume high-intensity show, and I had to create it myself with (only) up to three hours in which to do it.

I began working through the scenes as best I could, trying to catch actors and stay with them along with a handful to a throng on other observers.  In real time, we were trying to follow one of 12 characters (as far as I could tell there were 12, but maybe I never found some..) through his or her own tale, going in and out of other characters’ sequences, sometimes breaking off to follow the newly introduced until his or her sequence similarly became enmeshed with another.  It became clear after some time that the show essentially repeats every 30 minutes and that I likely would not have time in one evening to catch it all.

By now you are probably a little confused, thinking “actors…but what about the dancing?!”  Well, all of the actors are dancers.  And, they are all superb.  There was not a single moment that was not fully embodied in every way.  Not a moment when I didn’t know them to be their characters, nor a moment that I didn’t feel I should stay half hidden behind a column or doorway because I was an intruder eavesdropping on their lives.  Through it all, I caught five dance sequences: a lusty duet in a storeroom, a frantic duet at hotel registration, a fraught and ultimately destructive trio in the barroom, a fantastical waltz consuming most of the cast in the ballroom, and a powerful duet wrought with brutish beauty and fueled with anguish.  The latter duet was the final act of my experience at the hotel that evening.  It was a gorgeous, ugly fight, a final scene in a strange production that bewitched me.  Two other scenes of note were an exquisitely staged slow-motion climax at a banquet that I watched, exhilarated, three times by chance, and, what was oddly my favorite element other than the final duet of my night, an entrancing, brilliantly acted lip-synch of Peggy Lee’s “Is That All There Is?” by one of the male actors.  I can’t tell you why, but I was mesmerized.

And that’s one of the great things about Sleep No More, I can’t tell you why.  In fact, I really can’t tell you much when it comes down to it.  And, to be frank, I had just about no idea what was going on the entire time. I read and enjoyed Macbeth about 10 years ago, and remember nothing.  I chose not to read any reviews of the show or brush up on my Macbeth prior to viewing it because I did not want to taint my experience.  This too, I believe I did wrong.  I recommend that you go ahead and familiarize yourself at least minimally with the plot so that you feel the magic of realization when elements come together, and so that you don’t feel like you are perpetually missing something.  Of course, no matter how you are when you enter the hotel, it will still be a spectacular show and exquisite undertaking!

Notes:
Don’t worry, I haven’t revealed a thing!  It will all be new to you.
Allow a minimum of two hours, though you’ll probably want to go for 2.5 or 3.
You might be doing a lot of standing and walking (or running) and there are only stairs between floors, so don’t dress for the club.
You must check your bag at the entry point ($3) no matter how small.
You will lose track of time so wear a watch if you need to meet a hot date after the show.
You may view nudity if you are in the right (or wrong) place at the right (or wrong) time.
You may have mild to heavy interaction with a performer.  Let it happen.

For Information and Tickets visit sleepnomorenyc.com