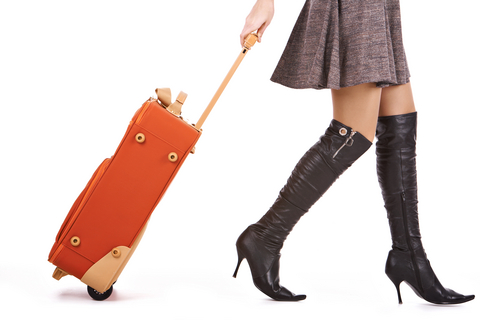 For performing artists, touring can be a double edged sword. It provides the opportunity to travel, experience new places, and perform on different stages in front of varied audiences, but also brings home sickness, the absence of creature comforts and partners, jet lag, strange cuisines, and often, little time to acclimatise before the curtain goes up.

How much of the year do you spend on tour?

Brittany Larrimer: Ajkun Ballet Theatre tours internationally each June and July, with our national tour throughout the end of July into August, followed by our annual Australian tour in September. In addition to these annual tours, there are other performances and guest appearances that vary from year to year. So, I would say on average I tour 10-12 weeks a year.

Joshua Swain: So far I’ve been on tour to Korea with A Midsummer Night’s Dream. We were gone about three and a half weeks.

Kristian Pellissier: I’ve been spending six to eight months of the year on tour recently.

What is it like to tour with a professional company?

Brittany Larrimer: It’s a really unique experience. On tour we are working just like when we are at home (rehearsals, class, and performances) but are visiting a foreign country.

Joshua Swain: It is certainly interesting to see the other side of a professional company, such as relaxation times and the scope of travel with makeup artists, backstage hands, sets, costumes, props, not to mention all the dancers and organisers. But the interesting thing was that even with all this it felt like a school excursion a lot of the time!

Kristian Pellissier: Touring with a company is a weird mix of professional obligations and personal enrichment. While you have a job to do, touring grants you the opportunity to broaden your horizons and open yourself up to new experiences. 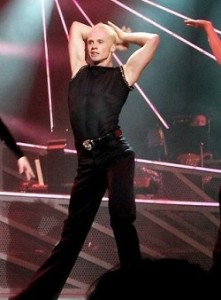 What is the worst part of touring?

Brittany Larrimer: Sometimes I get a little homesick, but it never lasts long.

Joshua Swain: The worst part would be the accommodation. It seemed to me that we experienced the best and worst of Korean hotels – the budget of the company seemed to change throughout the tour. I think they used all the money on the first hotel and the others got steadily worse!

Kristian Pellissier: The worst part of touring is not being able to share it with friends from home.

What has been your favorite experience on tour
(on stage or off)?

Brittany Larrimer: I really enjoy performing in Italy. The audiences there are so supportive and appreciative of our art.

Joshua Swain: My all-time favourite experience was Karaoke at 3:00am in the morning with half the company, most of whom I had never had a chance to hang out with before.

Kristian Pellissier: My favourite experience on tour has been travelling to Spain. I went for a walk in the early morning in Palma de Mallorca with a friend from the cast. A Spanish guitarist was playing on the pavement near a beautiful garden, just up from the water and in the shadow of the Cathedral. I cried. It was a small but beautiful moment that I felt grateful to have experienced. I could have stood taking the whole thing in for hours.

Brittany Larrimer: I would love to perform in Asia.

Kristian Pellissier: I’d love to perform in South America somewhere. I’ve found South Americans to be very receptive and enthusiastic when it comes to dance.

What advice would you give to fellow touring performers?

Joshua Swain: Never have a late night before getting on the plane home.

Kristian Pellissier: If I had any advice it would be to always say ‘why not?’ when it comes to trying something new on tour. Try to make the most of the opportunity that is provided to you, by absorbing as much as you can.

Is it true that what happens on tour stays on tour?

Brittany Larrimer: No! We all enjoy laughing and talking about experiences and memories from past tours together.

Joshua Swain: Well nothing happened to me that needed to stay on tour, but if it did, I doubt it could as the dance industry in general is not known for its discretion!

Kristian Pellissier: As for whether ‘what happens on tour stays on tour’. I don’t know. Nothing happened…