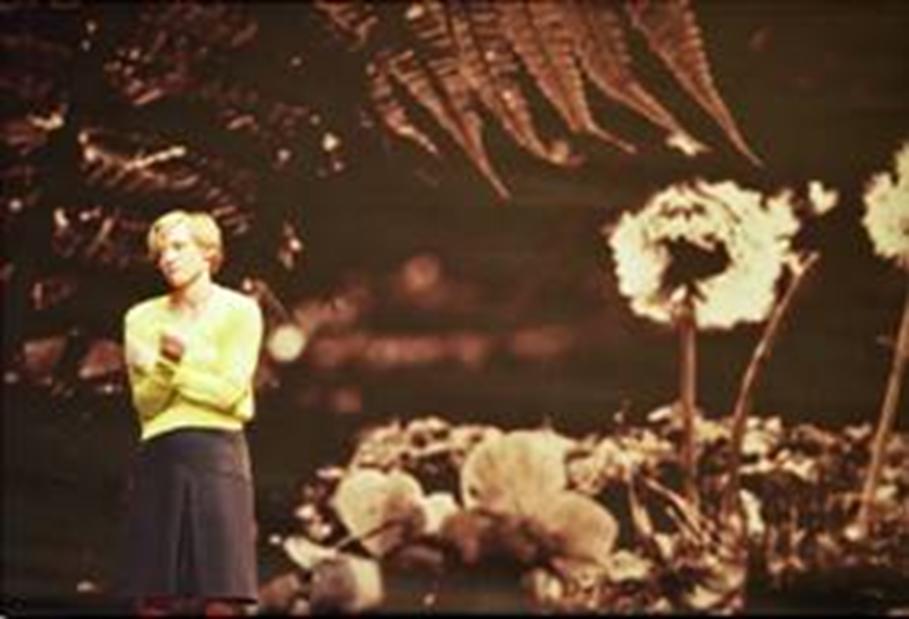 Hailing from Europe, Meg Stuart and Phillip Gehmacher gave us a rare taste of dance, relationships and music, and how they can blend together to tell an intricate tale about life and love.

With impressive contemporary dance résumés, I expected to see cutting edge, creative movement, yet Maybe Forever was much more about a story of emotions than dance steps.

The work told of the struggle between two soul mates as they expressed their love, torment and unease at life’s journey, to the lullabies of lone musician Niko Hafkenscheid. The dancing was disjointed, thrown, and at times isolated. The movement was so contemporary that it barely showed technique, strength or flexibility, but it did show passion and conviction. Although there wasn’t really anything I would call technical ‘dancing’, the movement was interesting and unique. At times the two performers would grapple on the floor, rolling and pulling each other around, creating nice shapes and an intriguing partnership, and the use of a step and slope on one side of the stage allowed the artists to use the set to create different levels and keep us engaged.

The music, sung by Hafkenscheid, as he strummed his guitar, was infectious. I would buy the CD! His melodies, with a Jack Johnson feel, told the story, and the theme song, ‘Maybe Forever’ was something special. Shortly into the piece Hafkenscheid stopped playing his guitar and introduced himself, which was a little strange, but nice and refreshing, giving us a moment’s break from the heavy emotional story portrayed by the dancers.

Stuart and Gehmacher separately recited monologues in a microphone. Stuart’s monologue, in particular, was powerful and real. As she spoke she made isolated arm movements and took loud deep breaths which was confronting and uncomfortable – but that was her plan. I must commend dramaturge Myriam Van Imschoot, as the acting throughout the entire work was exceptional. Stuart and Gehmacher were committed to their characters and their story.

The set was simple and reminiscent of a cinema stage with a big screen in the centre and curtains either side. A large picture of dandelions in the centre changed from black and white to colour throughout the piece and was really quite beautiful. The stage was large and the dancers, and lone musician, looked like figurines in a play as we were given a glimpse into their characters’ lives. At one stage the artists pulled back one of the side curtains and stood behind the stage area to dance. This was very different and interesting. It drew me in as I appreciated the creativity of the staging.

Maybe Forever was passionate and real. As a dancer I yearned to see more dance and technical movement, however I was left feeling satisfied with the story and its portrayal. Although Stuart and Gehmacher didn’t show us the extent of their dance artistry, they did prove to us that they are indeed talented artists.