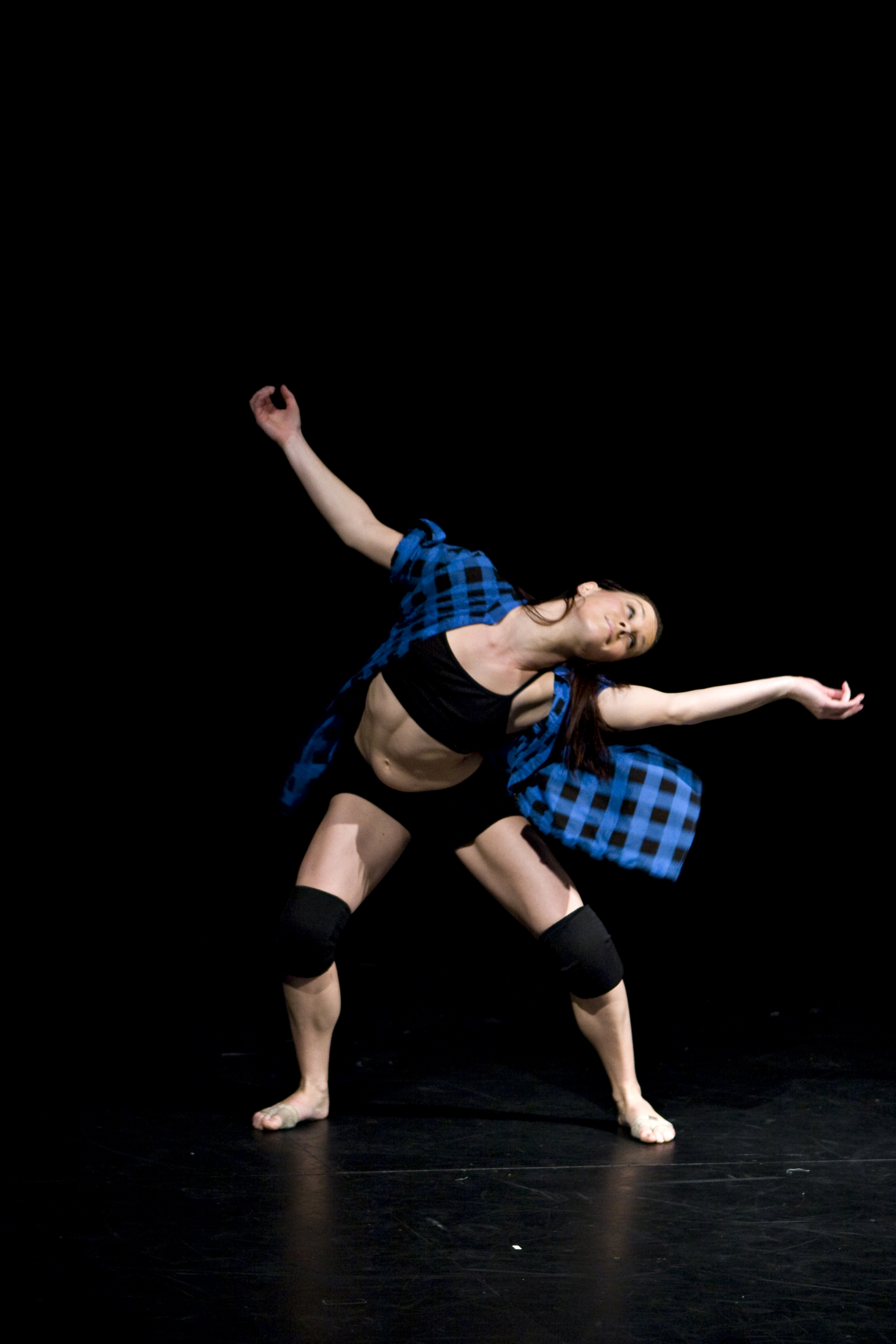 Short Sweet + Dance:  What a great platform for emerging choreographers and a chance for all our dance graduates to get on stage. The inclusion of a People’s Choice Award is also a fantastic idea, and encourages the audience to think about what they’ve seen. This year’s first week in the second annual Melbourne season of Short Sweet + Dance was diverse and thoroughly enjoyable.

Blinding, choreographed by Kim Adams and performed by students of The Edge Performers School was an impressive opener, with seventeen bodies onstage. It was the biggest ensemble piece of the evening. The dancers had great stage presence, which was heightened by gothic-glam costumes and makeup, and dramatic lighting. Adams’ choreography is pleasantly unpredictable and fresh, and displays The Edge students doing what they do best – punchy, expressive, lyrical jazz-based movement.

Melbourne Dance Theatre choreographer and director Martin Sierra presented two pieces in the programme. The first, Death and Taxes, was a tender pas de deux between Sierra and Stacey Knight. Dedicated to the memory of a family member, this was a heartfelt number. Later in the programme came Slipped, which looked at the different meanings of the word. Sierra’s signature fluid, balletic vocabulary was unfortunately compromised by what appeared to be a lack of rehearsal as the unison was not quite there.

Cubic, choreographed by Kathleen Skipp for Vital Organs Collective was a high-energy contemporary piece for three couples. With no obvious meaning to or connection between movements , it came across as just a display of technical feats. Some of the partnering was innovative and impressive, however it was too much of the same thing at the same energy level for too long, and just wasn’t ‘together enough’ to hold interest. What the dancers lacked in technique they made up for in attack. Reading the programme notes afterwards, I discovered the piece was based on the 1997 film Cube, which did in fact give it more meaning, as well as explaining the dated music choice.

Lenka Hughes and Tanya-Sue Uschinas choreographed (and performed, with Bazil Boyle) Examine 3.0, which was one of those pieces where the performers start in the audience, thus ‘challenging’ us. Civilians were plucked from the audience and given a giant picture frame to hold as the performers ran up and down the auditorium stairs to Pink Floyd’s On The Run. The dancers were full of personality and were committed to their idea. 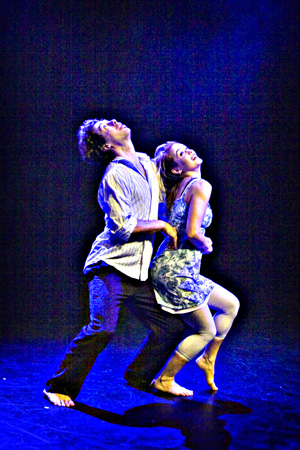 They Weren’t There, a solo by Caitlin Wheeler dealt with the highs and lows of a relationship and internal strength. Wheeler is a technically strong and beautiful dancer and her piece wouldn’t have looked out of place on an episode of So You Think You Can Dance.

For many, myself included, the highlight of the evening was Benjamin Hancock’s solo, Stain. Performed on a small rectangular rug under a single hanging lamp, and in a crazy white leotard that looked like a piece of modern architecture, this was easily the most original work. The soundtrack was minimal, as was Hancock’s robotic movement, which teasingly displayed, without exploiting, his incredible facility. Hancock’s intensity and focus gave weight and meaning to the tiniest finger twitches. Stain was mesmerising from start to finish.

Caroline Meaden and Alice Dixon choreographed and performed Contained, which was nicely lit and full of interesting, quirky movement, depicting ‘the state of waiting and anticipation’. Both women are beautiful dancers, however the choreography felt like two separate solos, and therefore quite disconnected. Maybe this was a deliberate choice in a nod to the agitation felt while waiting, but the piece failed to hold my attention. As a solo and with some more dynamic nuances I think it would have been more interesting.

I Think This is the End (But it Was One Hell of a Ride), choreographed and performed by Josh Mitchell and Kathleen Skipp aimed to dismantle a relationship by viewing it retrospectively. The separate episodes were linked by props – an old leather suitcase and a TV set complete with rabbit ears and static. The rock’n’roll type dancing and kooky French cocktail music of the first episode were a welcome point of difference in the programme, and while the dancers worked well together, some of the complicated partnering seemed a little heavy and awkward at times.

Home, presumably an excerpt from Stephen Agisilaou’s recent production, also explored relationships. The choreography  which was urban, jazzy and elastic, was performed with precision by a cast of five assured dancers. Home had a distinctive freshness to it, making it another highlight of the evening.

Hollaback Dance Crew performed the only pure hip hop piece of the night, which was entertaining but not sharp or original enough to set it apart from countless other hip hop routines that look very similar. However the dancers appeared to be having a ball so it was a nice way to end the show.

Congratulations to the Festival organisers, choreographers, dancers and the technical team for putting on a brilliant show. Bring on Week Two!